When you ask avid board gamers how they got into the hobby, a common response you’ll hear is that tabletop games acted as a sort of in-person replacement to the video games they were playing. They tried board games at the suggestion of a friend and were hooked. The experience of gathering around a table in real life is very satisfying and they prefer to get away from their screen. Having heard various versions of this anecdote before, I’ve been somewhat surprised by the booming industry that is digital board and card games.

It seems that every major game publisher is porting their most popular titles to digital platforms and making them available for sale via Steam and the respective mobile app stores. Although these titles tend to be a fraction of the cost of their cardboard counterparts, they are not inexpensive, and often demand a price that is on par with or in excess of your typical premium phone game. Terra Mystica and Carcassonne for instance, will both run you $9.99 on the App Store. Playing The Castles of Burgundy on my iPhone has made my commute more enjoyable, but cost me $8.99 when I already have the game sitting on my Kallax.

For this reason, I find it curious that Bézier games made their latest title, Silver (aka Silver Amulet), available for free on the App Store prior to its physical, retail release at Gen Con this year. Why take the risk without proving out it’s success first? A few games such as Star Realms by White Wizard Games are also free, but were only released on mobile devices after they had produced ample in-store sales.

According to Bézier, the data from their other games such as Castles of Mad King Ludwig and Suburbia indicates “that app plays drive purchases of the physical game. Having an app out when the game launches helps players to try out the game first to see if they’ll like it. The gameplay in Silver is both unique and addicting, and the app provides a great intro for players who want to try out the game risk-free before purchasing”. Using app versions of their games to incentive physical game purchases is a marketing tactic that they’ve proven out with their other titles. With Silver, Bézier is demonstrating confidence in this model, taking on the risk of sunken app development costs and making it available for free in an effort to boost sales of the game.

Silver, designed by Bézier Games’ founder Ted Alspach, is a “point shedding” game inspired by Cabo. The game belongs to Bézier’s werewolf-themed line of games it refers to as their “WereWold”. Many of the characters and roles that fans know and love from games like One Night Ultimate Werewolf will make an appearance in Silver and its follow-up game, Silver Bullet.

How to Play Silver

In Silver, your village is infested with werewolves. At the end of a four-round game, the player whose village has the least number of werewolves left in it, is the winner. Each player is given five face down cards, with two of them known to him but hidden to opponents. The cards all represent different villagers. Each villager has an associated numeric value indicating the number of werewolves they bring with them to the village, and a unique special ability. Each turn, players make a series of decisions. You may draw a card from the central deck and either exchange it with one or multiple like cards from your village, or discard it and optionally activate its special ability. Alternatively, you may draw the top card from the discard pile and perform the same exchange. Lastly, if you have less than five cards in your village, you may call a vote to end a round and tally the werewolves left in your villages. The winner of the round, the player with the least points, receives a score of zero (which again, is a good thing). If the player who won the round was also the person to call the vote, they receive a silver amulet which can be used to protect a card of his choice in the subsequent round.

Bézier Games has spearheaded a model that I hope other board game publishers adopt. The ability to simultaneously provide a try-before-you-buy experience to consumers and boost its own sales is a win-win situation for everyone. I’m the sort of board gamer that enjoys Alspach’s Age of Steam maps considerably more than it’s lighter-fair games, and under normal circumstances, never would have tried Silver. But since it was free, it sparked my curiosity. I tried it and discovered that I really enjoy the game. Anecdotally, the model seems to work. If you’re interested in a quick, light set collection game with hidden information and a small form-factor, then I recommend checking out Silver. If you are uncertain whether you’ll enjoy the gameplay, download the game for free and see for yourself. You may be pleasantly surprised. 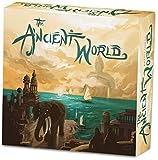 Silver
Check Price on Amazon
Note: Board Game Squad is reader-supported. When you buy through Amazon links on our site, we may earn an affiliate commission.