For almost two millennia, alchemists have strived to create the fabled philosopher’s stone—the perfect material, capable of turning base metals such as lead into gold, perfecting the human spirit, and granting eternal life. Many have tried to create the stone. Many have failed. If only they only knew that the missing ingredient was custom dice…

Trismegistus: The Ultimate Formula is a 1-4 player moderately complex dice drafting game. It’s published by Board&Dice (formerly NSKN) and designed by Federico Pierlorenzi and one of our favorite Italian board game designers, Daniele Tascini. The solo mode was created by Nick Shaw and none other than Dávid Turczi, who is best known for designing Anachrony, and a plethora of fantastic solo experiences for other games.

Named after the mythological father of alchemy, Hermes Trismegistus, Trismegistus: The Ultimate Formula thematically concerns itself with alchemy. On the game boards, custom dice, tokens, and other game components are alchemical symbols—strange looking glyphs representing substances such as copper, mercury, and gold.

In Trismegistus, all of your actions are the result of the dice you draft. Players draft three dice each round, for a total of three rounds. That may not seem like a lot, but each die you draft can grant you multiple actions. What you are able to do with your drafted die depends on three things: the number of dice in the bowl it was taken from (number of action points, dubbed “potency”), its color (which artifact you can buy and which materials you can transmute), and its alchemical symbol (which raw material, essence, and experiment cards you can acquire).

Drafting a die in Trismegistus is a big, crunchy decision that determines the course of many turns to come. If a die is selected and used optimally, it can produce a snowball effect that yields the player multiple benefits with each action point spent. In this way, the decision space somewhat reminds me of a Vital Lacerda game. A single, simple choice unfurls into something significantly larger and more complex than the simple action you’re taking. The more I think about the dice drafting in Trismegistus, the more beautiful and elegant it seems.

As fantastic as the dice drafting mechanic is in the game, it’s elegance is unfortunately obscured by a graphic design decision. Many of the decisions are impacted by the use of the alchemical symbols, and even though they only directly effect three actions, the general interconnectedness of all actions in the game means those symbols add confusion throughout the experience. Your eyes are constantly bouncing back and forth, trying to match symbols up. And as important as these symbols are, they’re actually completely independent of the game’s mechanical symbology that’s found on artifacts and experiment cards. It could be a frustrating experience for your first game, and I suspect a major deterrent for some. But despite this, I still very highly recommend Trismegistus. I found myself completely adjusted to the graphic design by the middle of my first game (especially with this player aid). It’s a minor flaw that doesn’t detract enough from the game’s overall experience to negate what is otherwise a beautiful design.

Once you adjust to the alchemical symbols, the game isn’t nearly as complicated as it initially seems. It’s perhaps marginally heavier than Tascini’s other designs, including Teotihuacan: City of Gods, but I struggle to call it a heavy game. I’d be more inclined to categorize it as medium weight complexity. If you’re a fan of Tzolk’in: The Mayan Calendar or Teotihuacan: City of Gods, you’re not going to be overwhelmed by Trismegistus, and you’d be remiss to not have it in your collection for fear of its complexity.

There’s certainly an essence of Daniele Tascini’s other games to be found in the design of Trismegistus, but only an inkling. There’s a tech tree in the game that seems to be in all of his designs, and creating the philosopher’s stone feels somewhat reminiscent of the pyramid In Teotihuacan. But that’s about it. The dice draft is another fresh take on the mechanic—different in implementation and feel to the other dice drafting games I’ve played. Although, I wouldn’t be surprised if it was inspired by the dice draft in Grand Austria Hotel, a game co-designed by Simone Luciani, someone Tascini has worked with multiple times in the past. It somewhat seems like a distance relative to that draft mechanic, albeit entirely distinct.

Trismegistus is relatively thematic for a eurogame. The use of real alchemical symbols, the act of transmuting one substance to another, creating chain reactions with artifacts cards, and fulfilling experiments with the goal of helping you complete the philosopher’s stone is a good representation of the process for which alchemy was known. After all, alchemy is often credited (among things) for creating modern laboratory procedure and helping establish the scientific method. There are little design details that contribute to theme as well. For instance, mercury serves as both a material and an essence because it’s a transition metal and was considered by actual alchemists to be both.

There’s a neat little follow mechanic in Trismegistus that reduces down time and bolsters player interactivity. Appropriately dubbed a “reaction”, players are able to piggyback on another player’s move if they haven’t yet exhausted their quota for the round. It’s very similar to the follow action in Tiny Epic Galaxies, except it’s paid for with a quota rather than accumulated wealth. This ensures that you’ll be performing these reactions each and every round without fail. It’s a small but nice mechanical addition that greatly improves the flow and dynamism of the game.

Overall, there’s a lot to love about Trismegistus. It seems to fallen to wayside of some other titles released in the tail-end of 2019, but Trismegistus is filled with many stand-up-at-the-table gaming moments and is well worth your attention. If you value a simple yet tight decision space in a eurogame, enjoy a bit of a brain burn, and appreciate the alchemy theme then 100% Trismegistus: The Ultimate Formula is for you. Can you become history’s greatest alchemist? 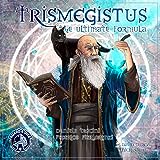 Board and Dice Trismegistus: The Ultimate Formula
Check Price on Amazon
Note: Board Game Squad is reader-supported. When you buy through Amazon links on our site, we may earn an affiliate commission.